VeloxChem has the stated goal to be science-enabling. Behind this term there are a multitude of software requirements that we find important and strive against, including:

For the most parts, VeloxChem implements few schemes to improve the formal scaling of the calculation but rather focus to implement the general and stable algorithms efficiently for HPC cluster computing.

Basically, the only underlying approximation made is the adoption of Cauchy–Schwarz screening in the evaluation of electron-repulsion integrals, but also this is done with rigor using a small screening threshold per default.

With a highly efficient implementation of the linear complex polarization propagator in VeloxChem, Hartree–Fock and Kohn–Sham density-functional theory calculations were performed of the frequency-dependent polarizabilities for fullerenes consisting of up to 540 carbon atoms. Results for the static polarizabilities and C6 coefficients show scalings of \(N^{1.2}\) and \(N^{2.2}\), respectively, thereby deviating significantly from the previously reported values obtained with use of semi-classical/empirical methods. See Ref. [BAL+21] for further details. 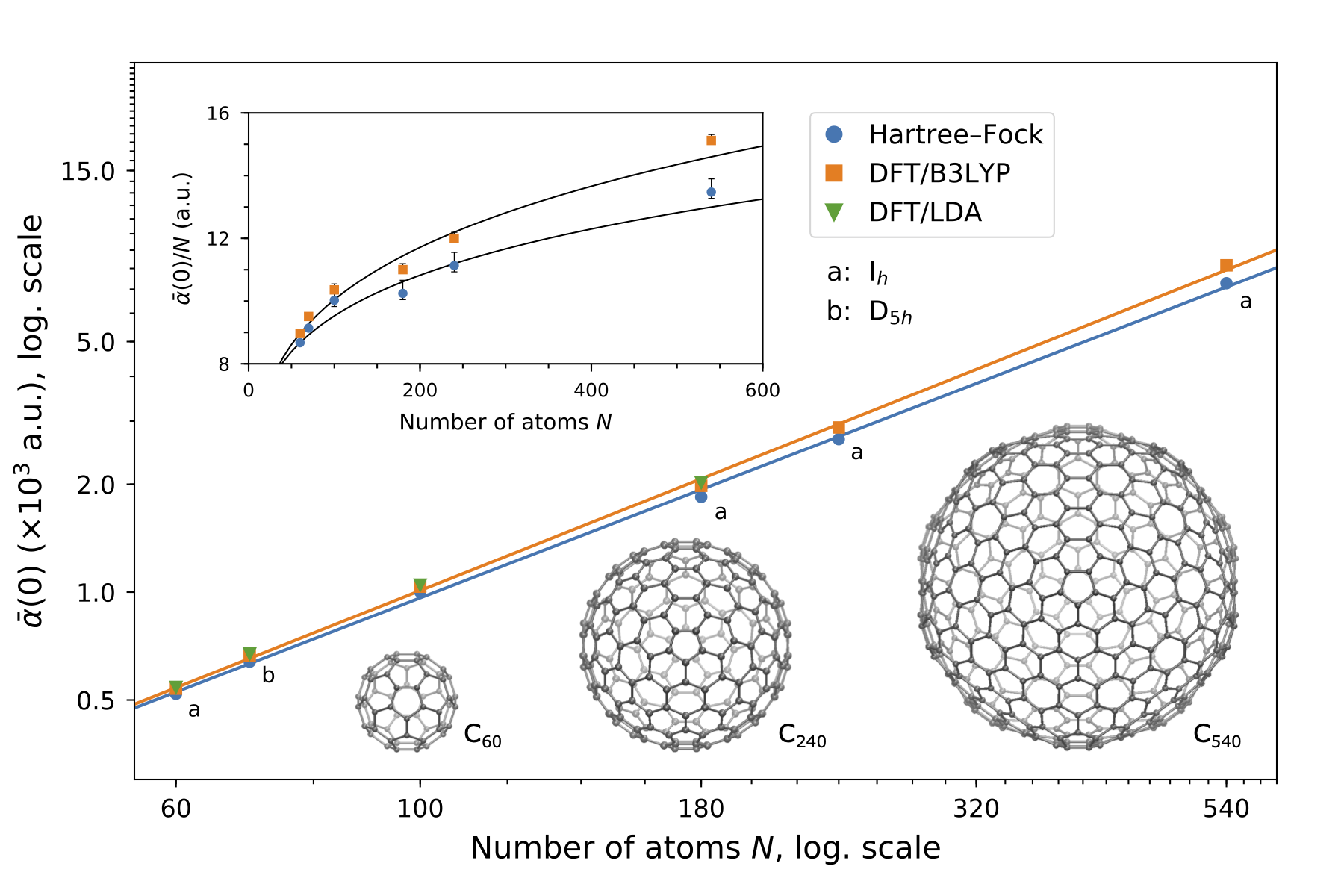